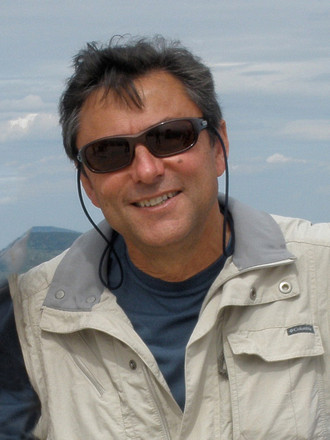 I was born in Paris, France. Thanks to an open‑minded family, I attended school in Paris, London, Barcelona, and several cities in Germany. I hold degrees in modern languages and international business.

A couple of years after college, I did the best thing a young person can do to widen his or her horizons and gain an understanding of our world and its wonderful diversity: I set out on a 20‑month trip around the world, photographing extensively.

From 1976‑1981, I lived in Tokyo, becoming a permanent resident of Japan and teaching at Sophia University. During this time, I also worked as a freelance photographer and pursued my research on the origins of Sumo and its ties with the Shinto religion, resulting in Sumo – Le Sport & le Sacré, published in 1984. My years in Japan have had a profound influence on my life, my philosophy, and my photography.

I immigrated to the United States in 1982, settling in Southern California to create Graphie Int’l, Inc.—a firm specializing in software rights acquisition, as well as creation and management of corporate subsidiaries of European firms. In 1983, I published  my second book Comment créer une PME aux USA to help French-speaking entrepreneurs set up and manage corporations in the United States.

In 1999 I permanently switched the company's focus to book publishing under the PhotoTripUSA Publishing imprint, spending a great deal of my time on the road writing and photographing. Constant exploration and photography of the Southwest resulted in the publication of Land of the Canyons in 1998, followed by my award-winning Photographing the Southwest series in 2005 and adding a roster of authors later on.
In addition to my duties overseeing the publishing of new award-winning books and authors, I do a fair amount of world travel and sell my photography at a limited number of high-end art festivals, where I greatly enjoy interacting with patrons i my spacious mobile galleries. I have served for a number of years as a member of the jury and artist advisor for the prestigious, #1-ranked in the nation, La Quinta Arts Festival.
As of this writing, I am pivoting from physical books to digital formats, and limiting my participation in art festivals to 10 or 12 per year, all in Southern California. Although I have been to 83 countries, my bucket list is still long and I am eagerly awaiting resuming my travels.