I didn't have to go far for my first photographs of the year. January is peak bloom for the Aloe and there is no better setting than the desert garden at the Huntington Library in San Marino, CA. Here are a couple of pix from these sessions 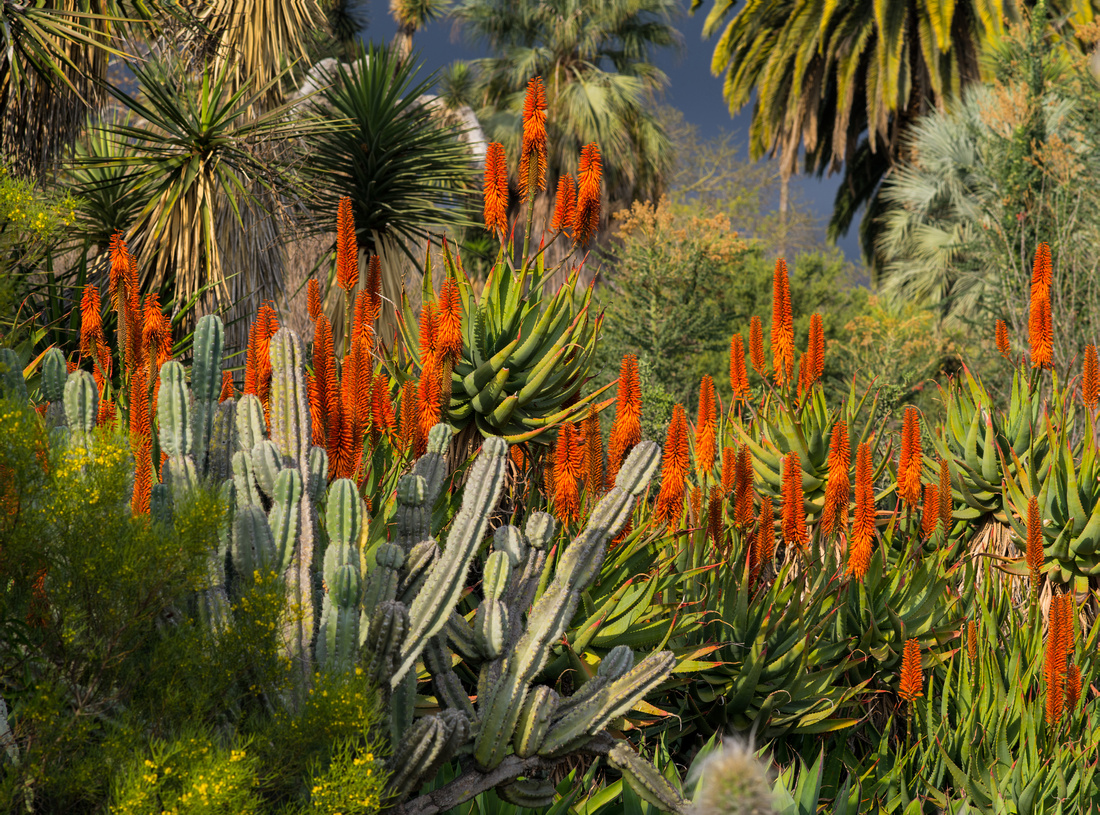 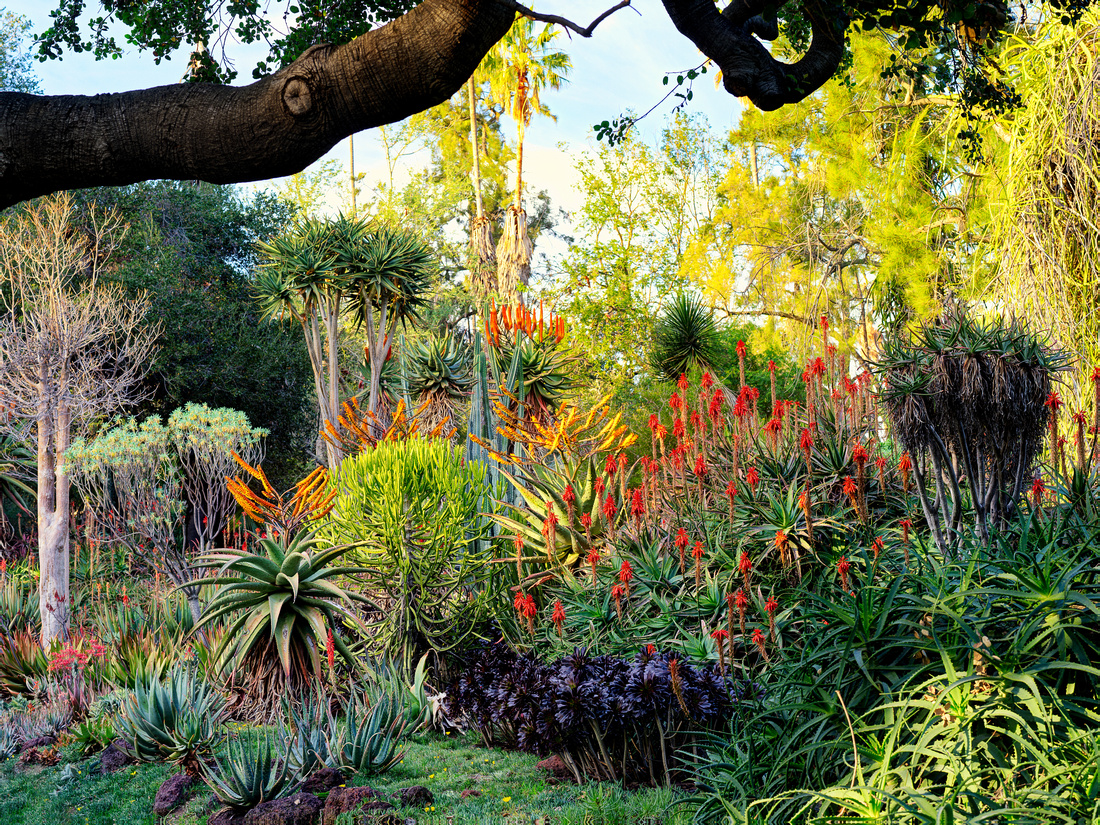 January, February, and March are my busiest months with shows almost every week-ends, so I was grounded. Here is how my booth looked like at the smaller shows. It's more than twice the size at the larg shows.

I made up for my lack of travel in the wintertime with a trip to Italy, returning to Tuscany and Venice and photographing the Amalfi Coast, Positano, and Ravello for the first time. I hired my friend Dominique Blanchard as an assistant for this trip and it worked out pretty well. The picture below was shot from the terrace of our hotel. 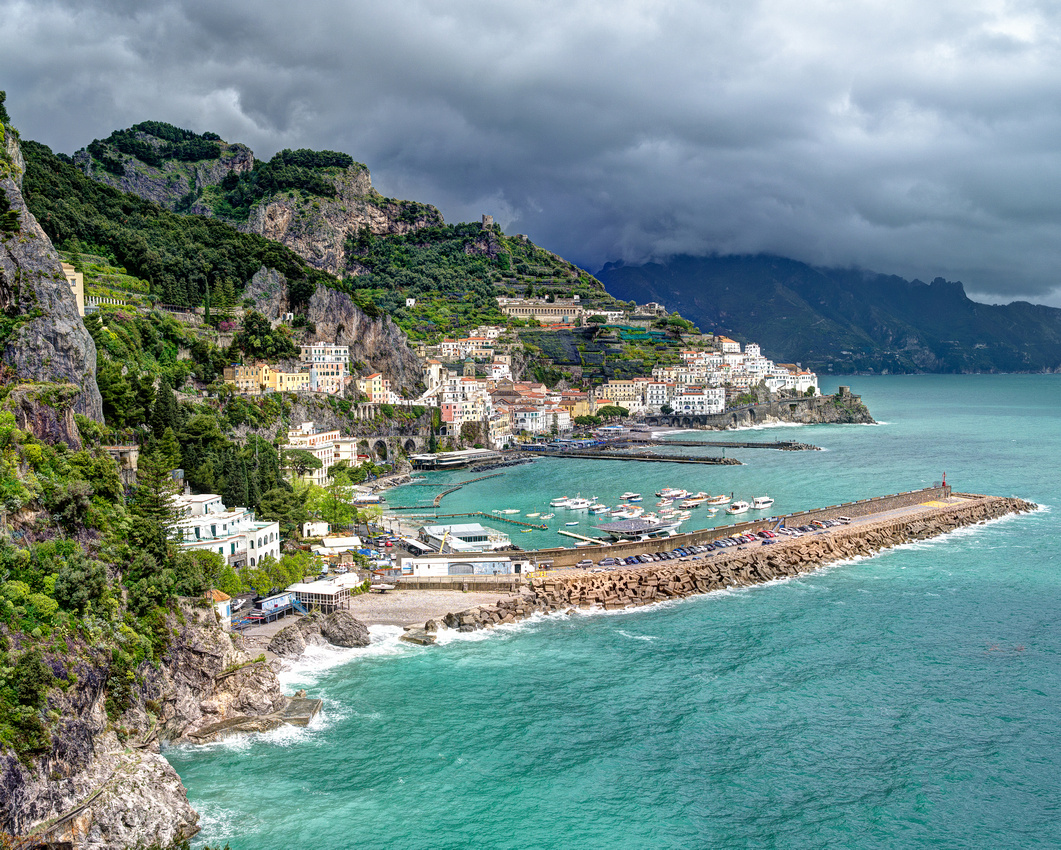 After the Amlfi Coast, we continued on to Tuscany 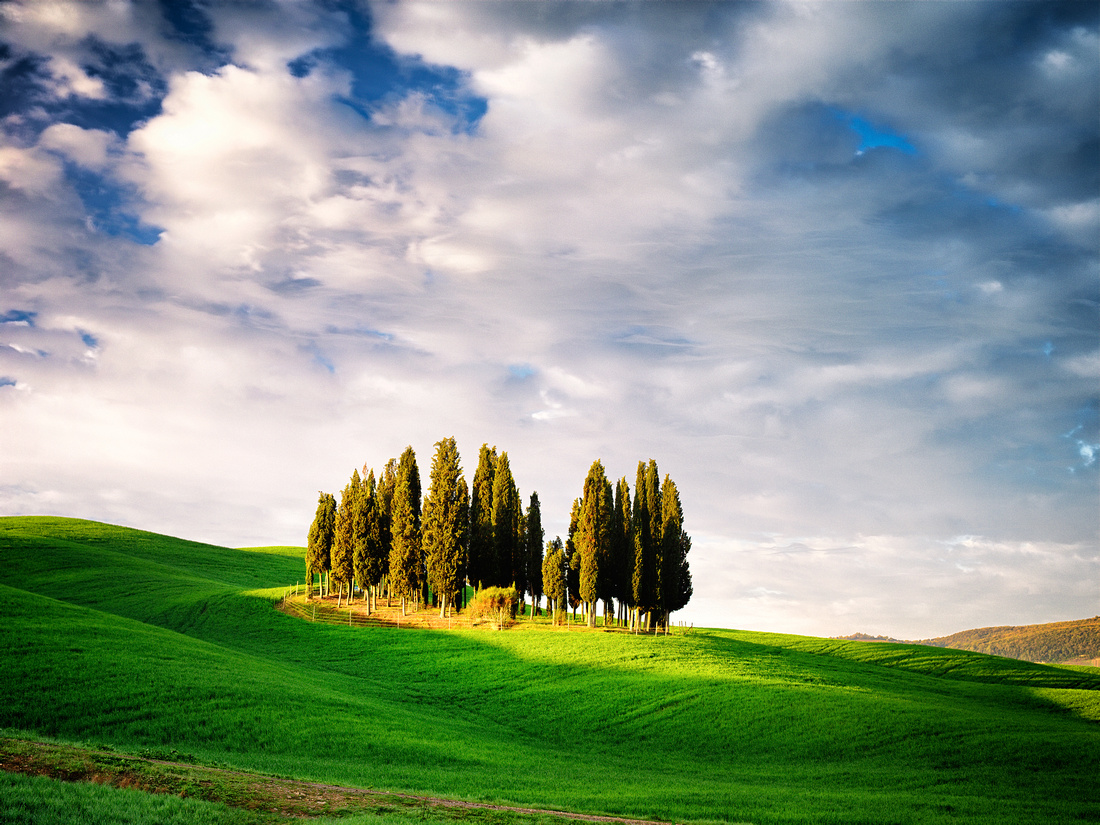 And then on to Venice, where I wanted to reshoot Burano without sunlight 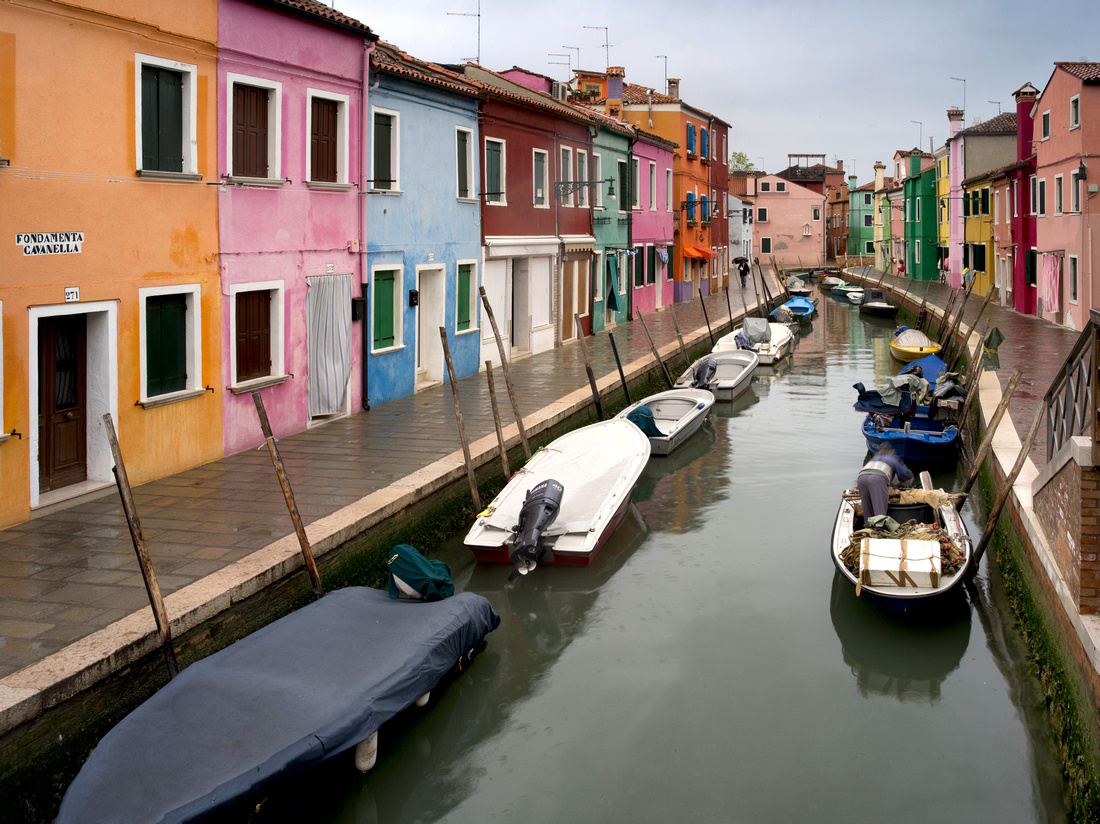 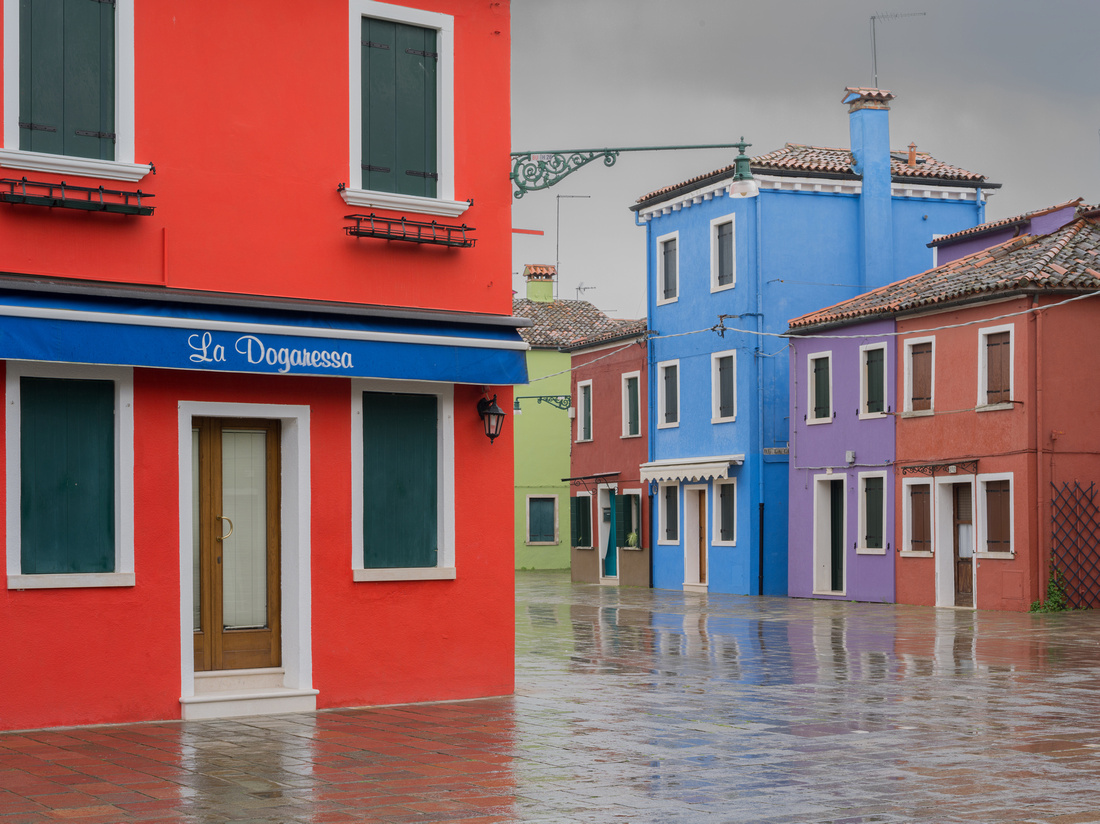 Shortly after Italy, I backpacked Buckskin Gulch and Paria canyon at a leisurely pace, taking 6 days for the 50-mile traverse to Lee's Ferry. I met my friend Hiro Nakai on the trail and we have since partnered on two trips

After 20+ years of intensive use of my trusted little Moss Starlet tent, I started using a <2lbs Big Agnes Firefly, here on its maiden trip at the Buckskin Gulch/Paria Confluence 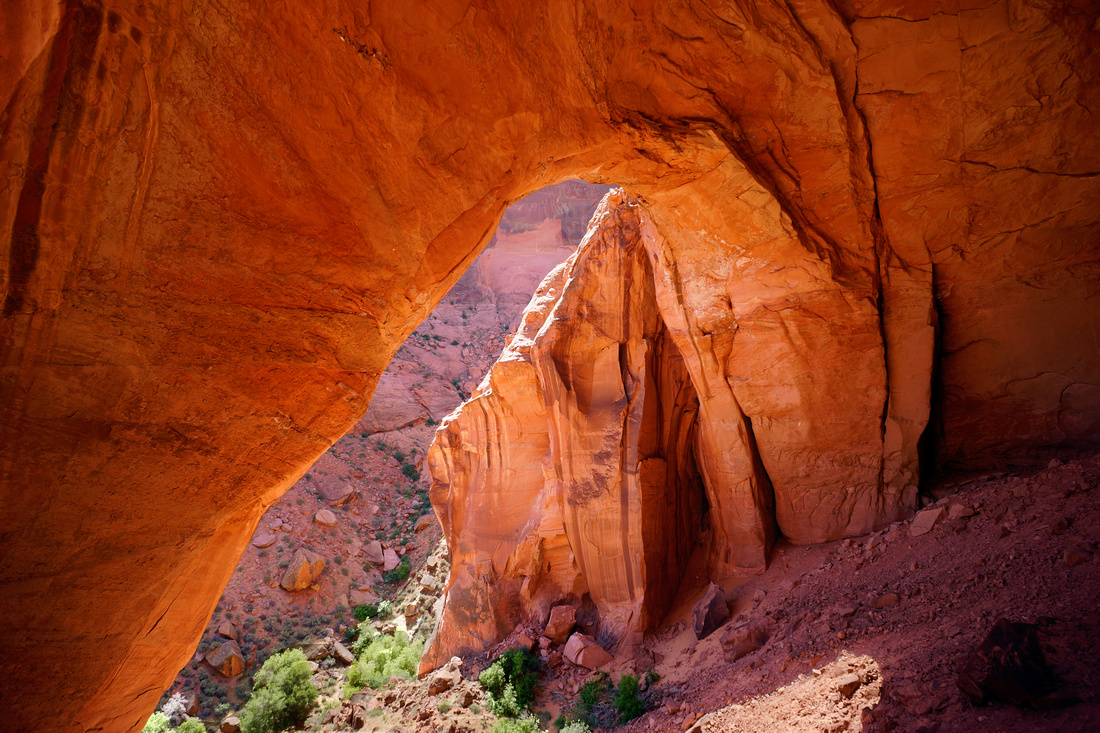 On the way back to L.A., I did some shooting in Valley of Fire with Charles Wood 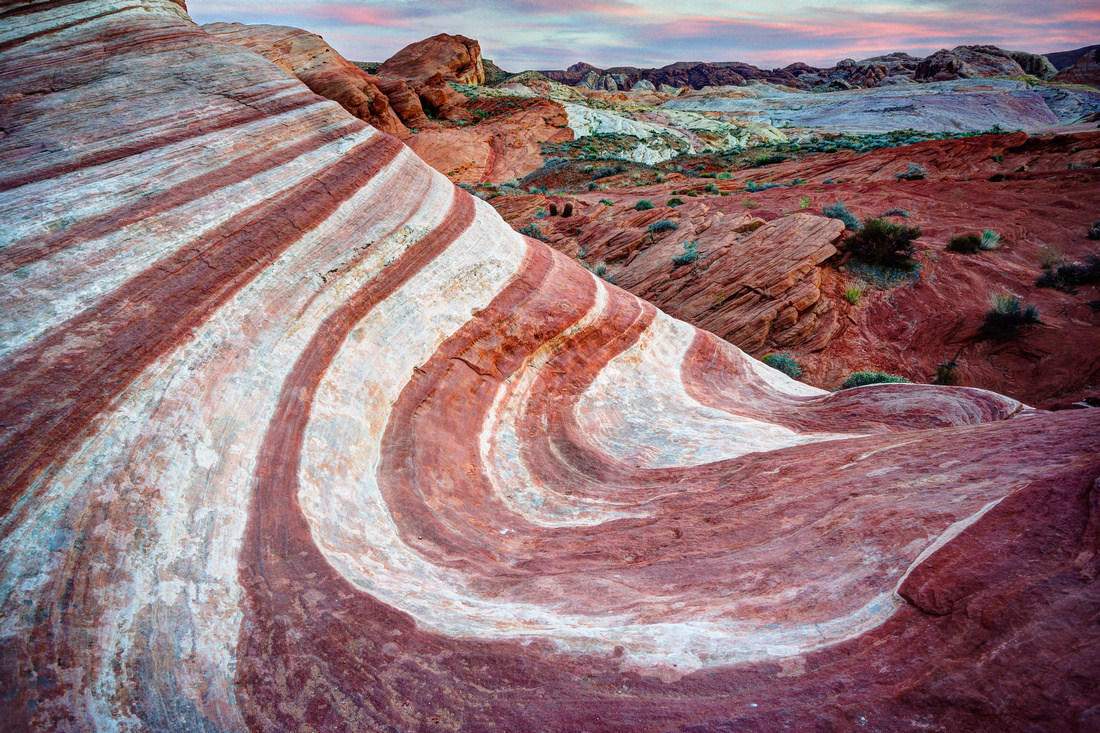 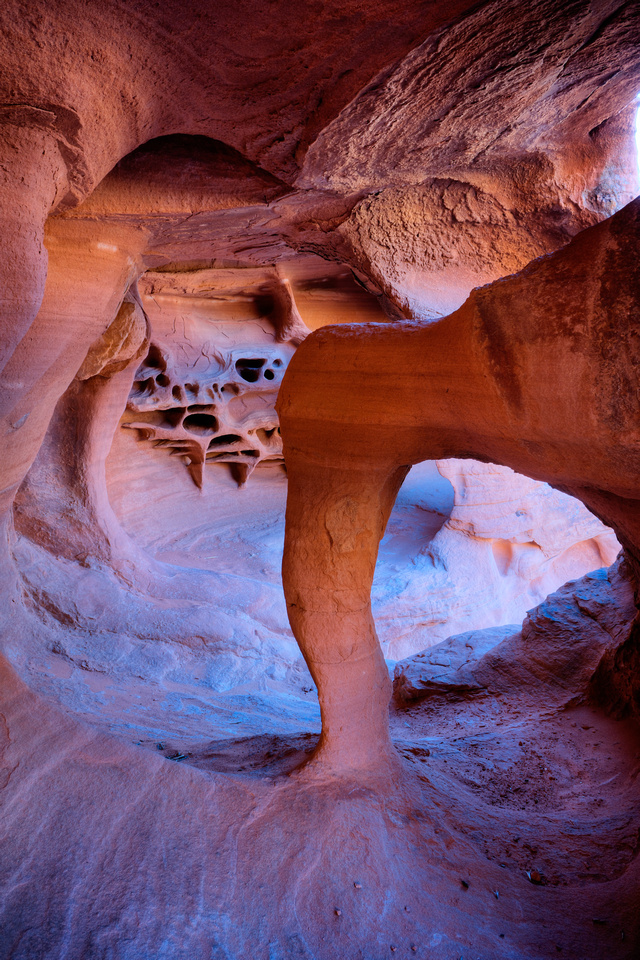 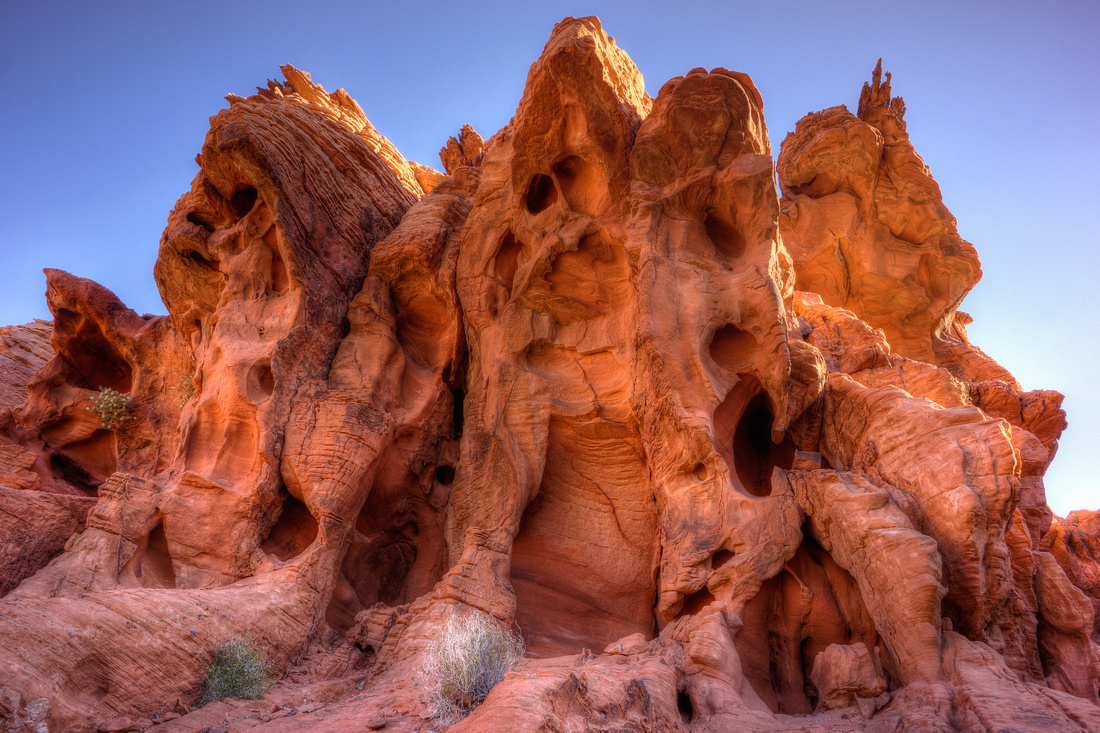 In June I did some extensive hiking on the Cedar Mesa Plateau, meeting several friends in various places (Alain Pierre Derennes, Hiro Nakai, Charles Wood, Phillipe Schuler), visiting or revisiting a large number of ruins in and around Grand Gulch, the Comb Ridge, and the Beef Basin. 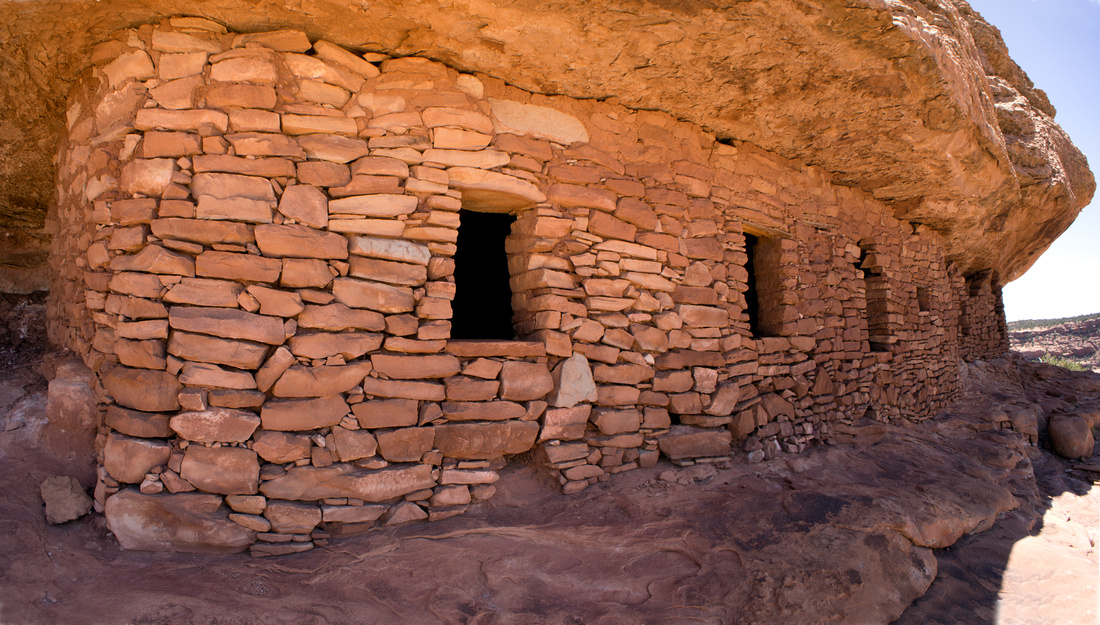 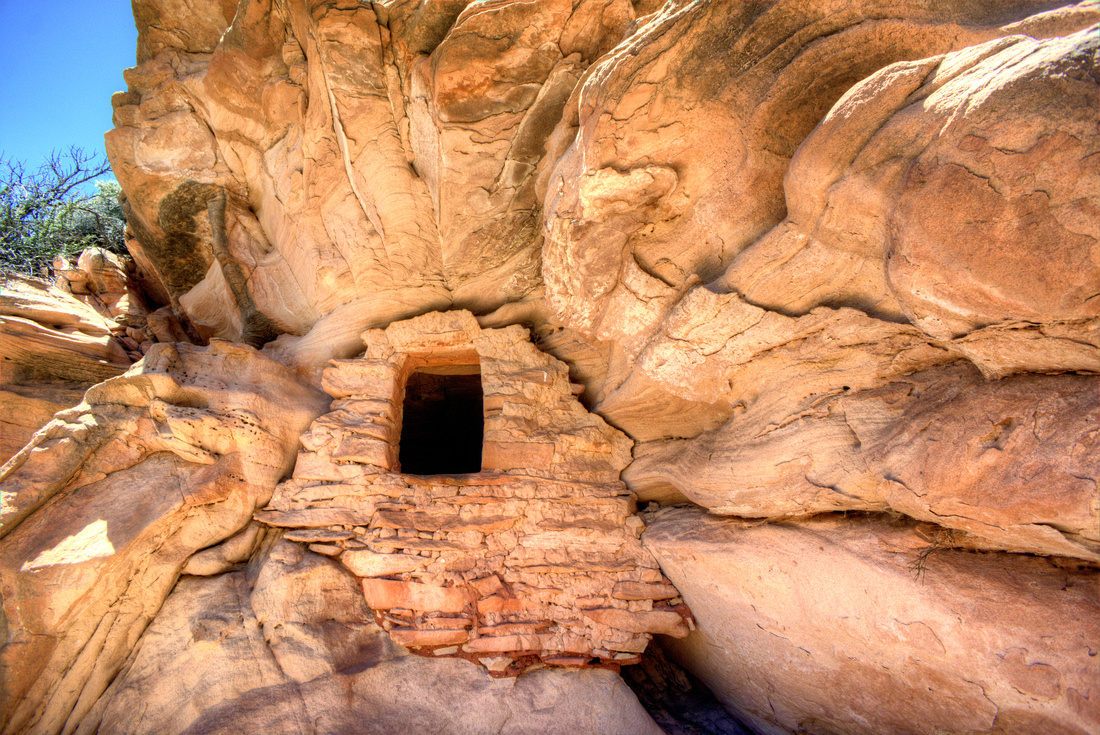 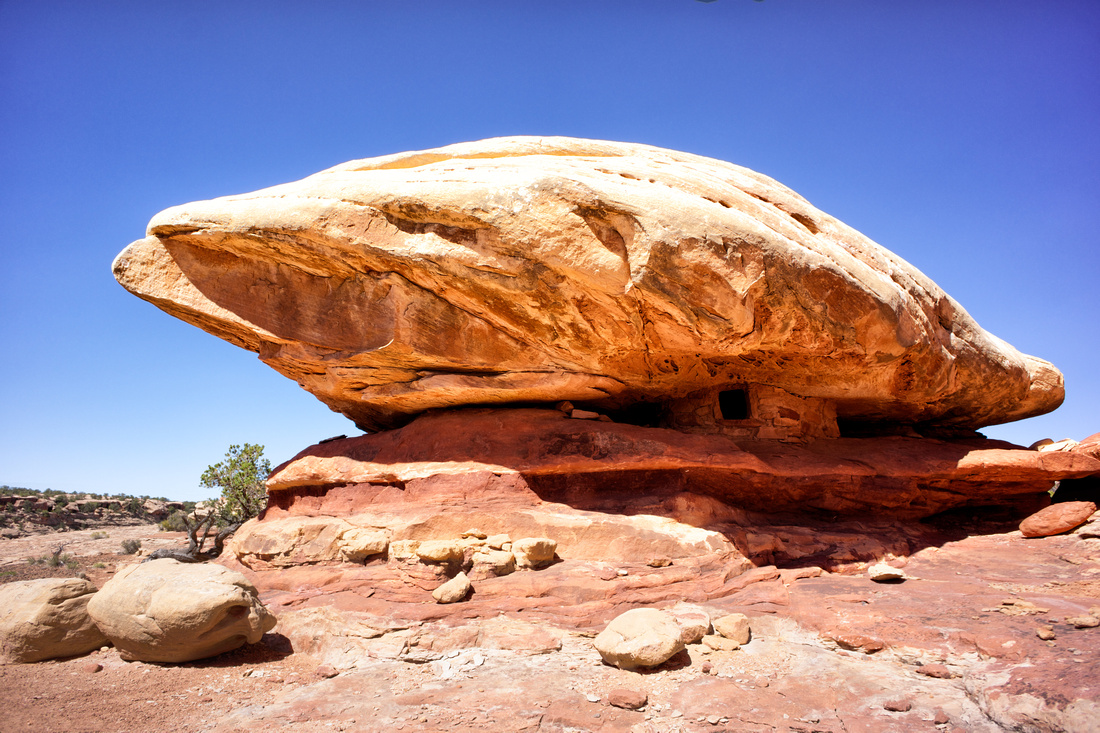 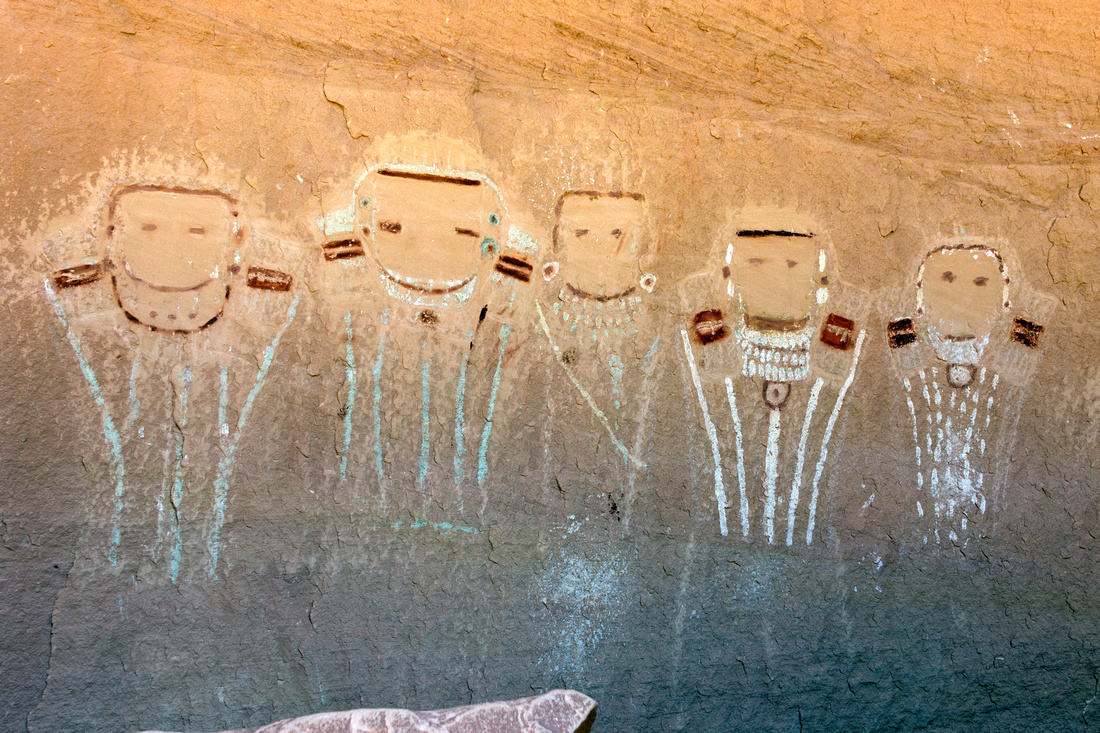 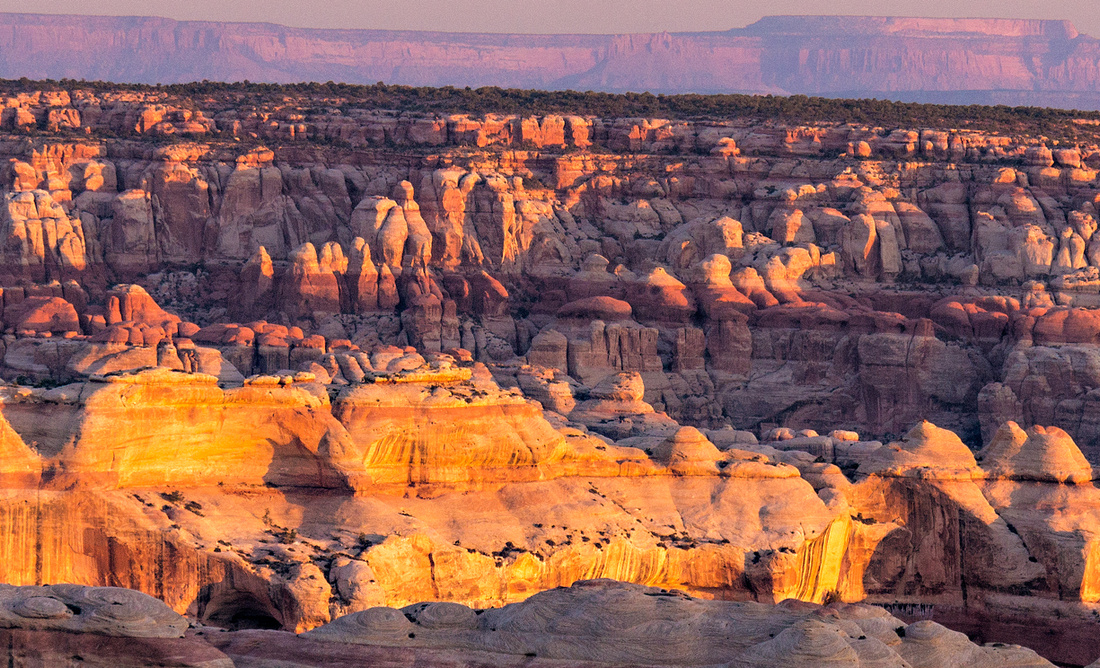 In July, I worked with my team to finish Tom Till's book

August was spent working non-stop finishing Gary Crabbe's book while Patricia was on safari in Zambia.

Come September, I was antsy to hit the road again. I hiked the Boulder Mail Trail with Charles Wood, then moved on to Zion and explored Parunuweap Canyon, Fat Man Misery, the Barracks, and some new places. 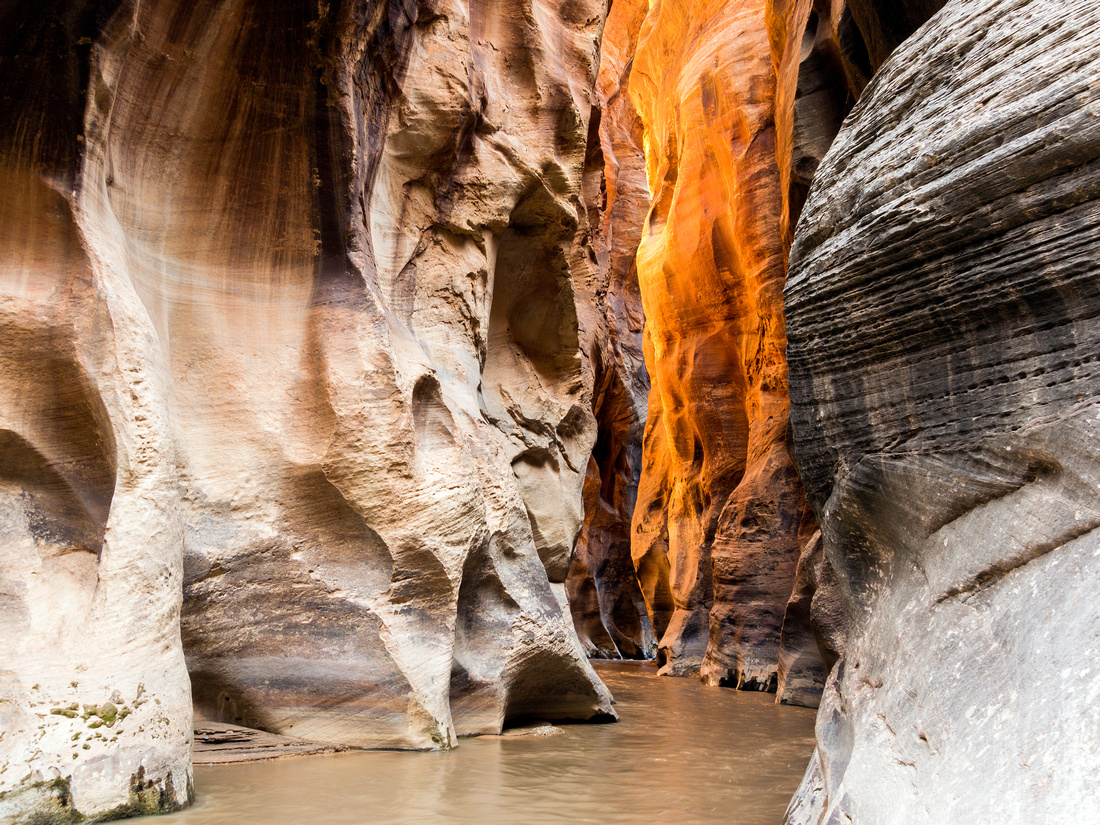 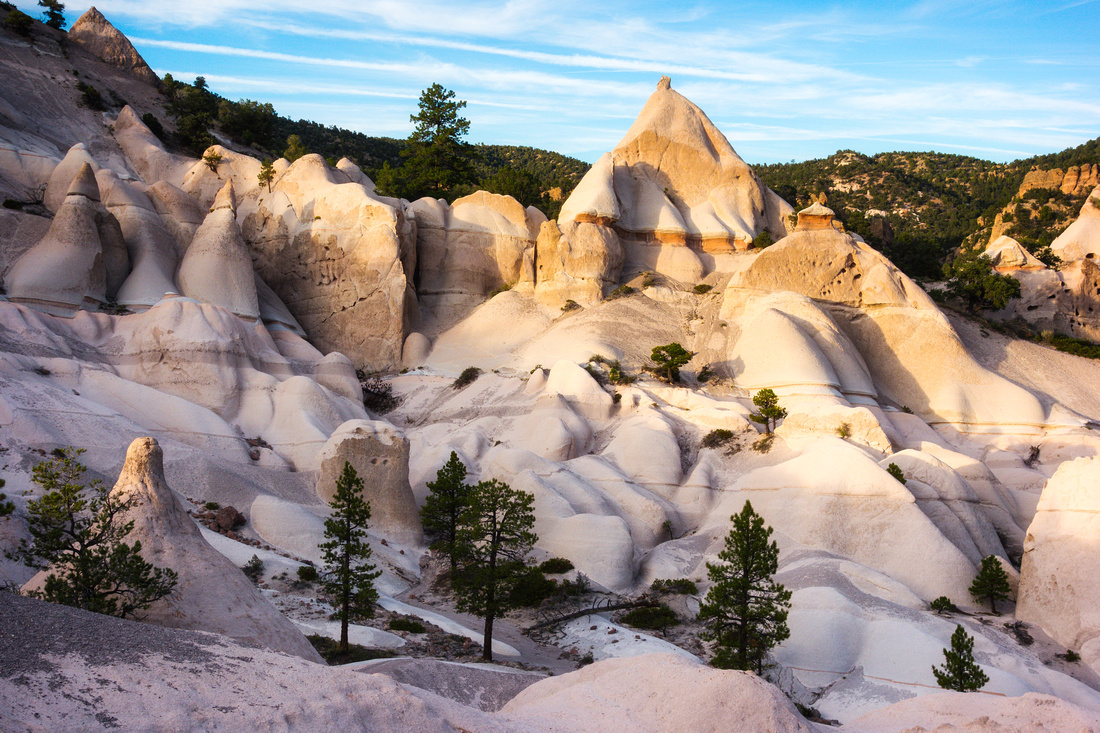 I resumed the shows in October. Leaving my trailer in Las Vegas after a show, I did a quick trip to Zion for my third time on the West Rim; I had never been satisfied with the light before, so this time I left the trailhead at 3AM to arrive on location before sunrise.

I also stopped by Snow Canyon before returning to L.A. 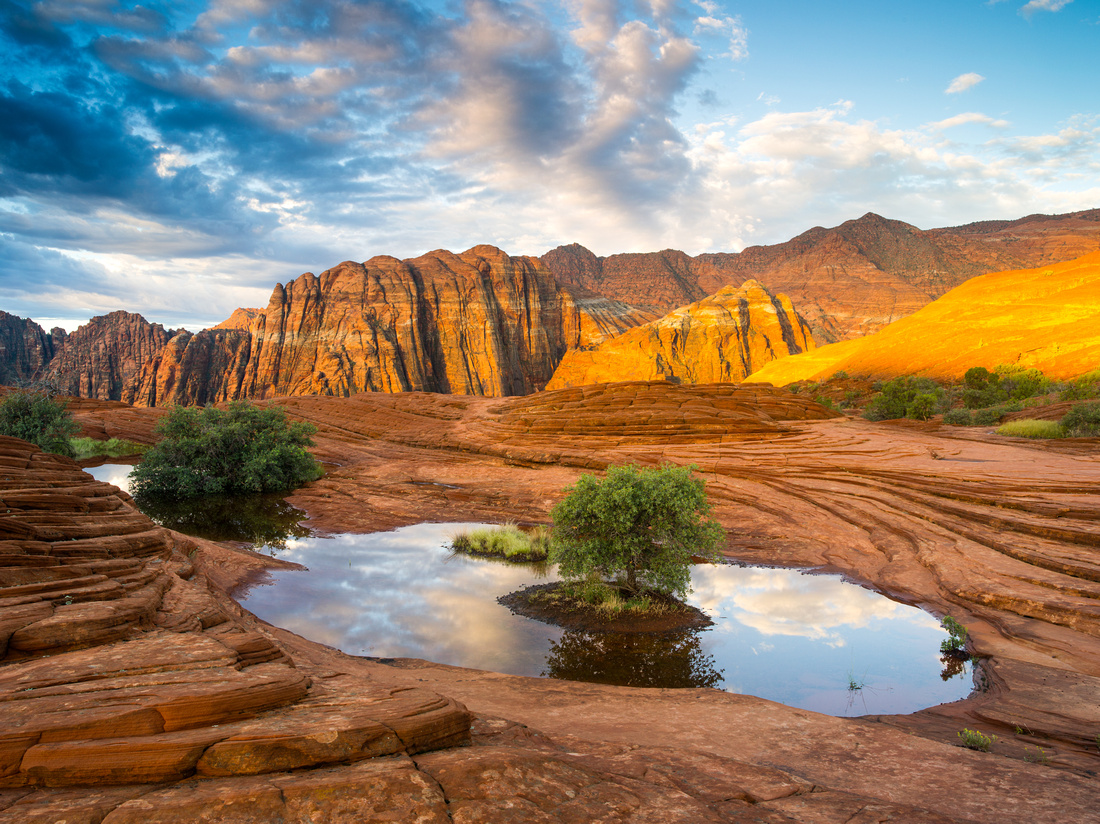 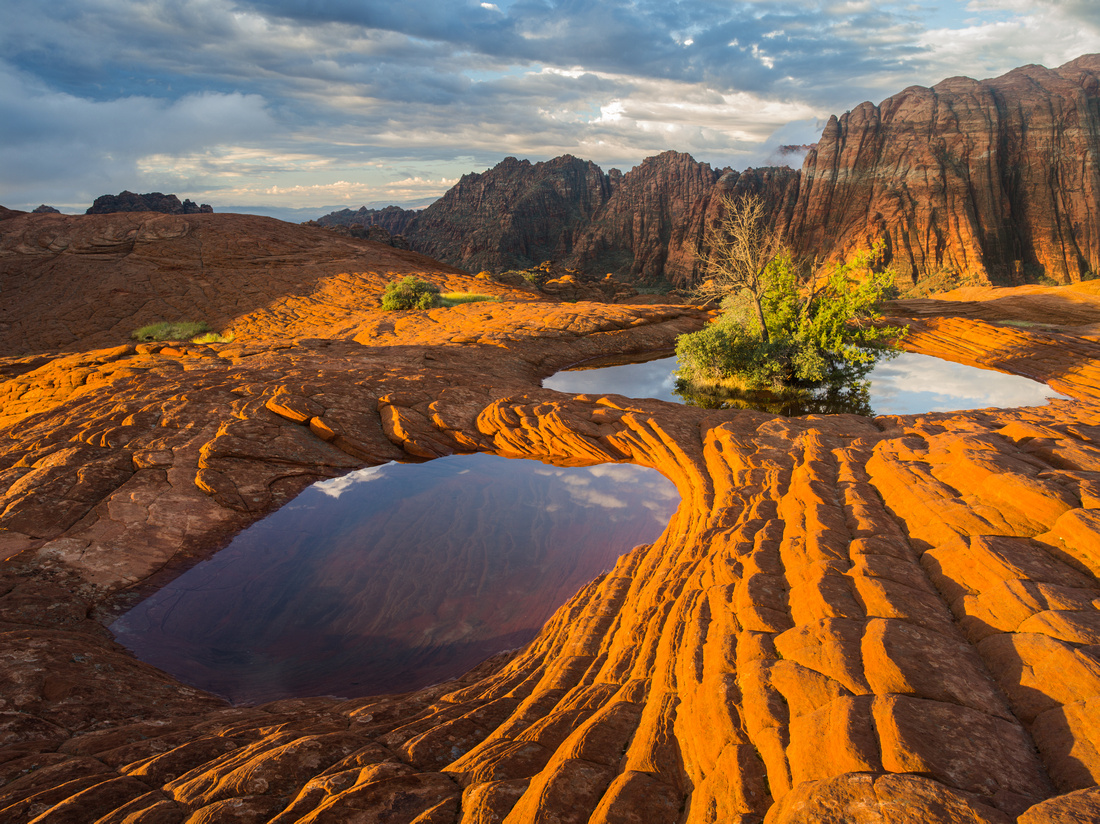 Later in the month, I returned to Utah to backpack the Salt Creek Traverse of the Needles. My friends Hiro Nakai & Charles Wood partnered with me 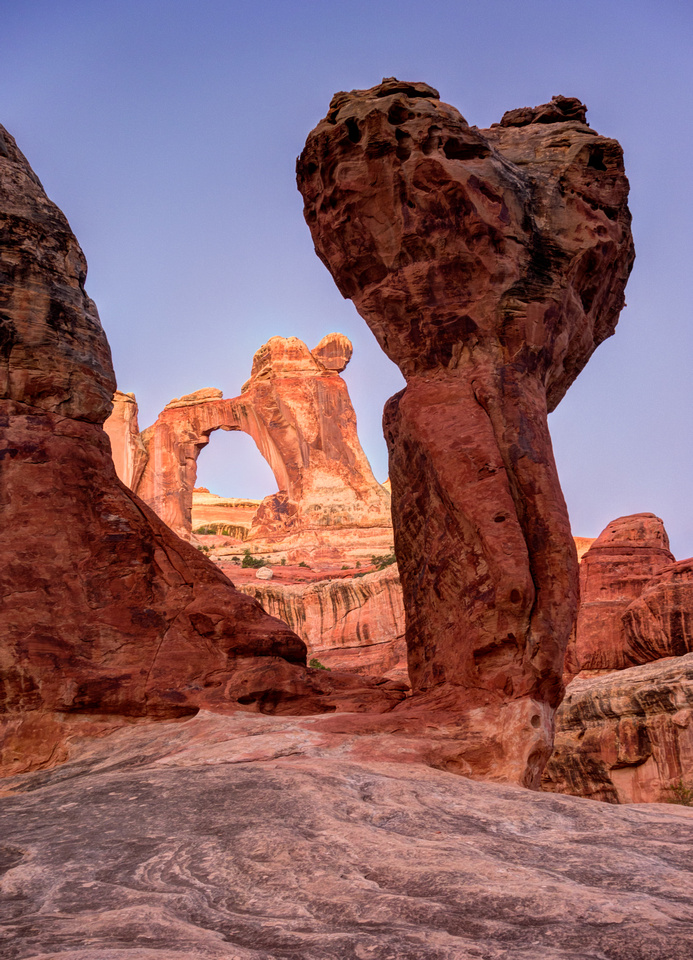 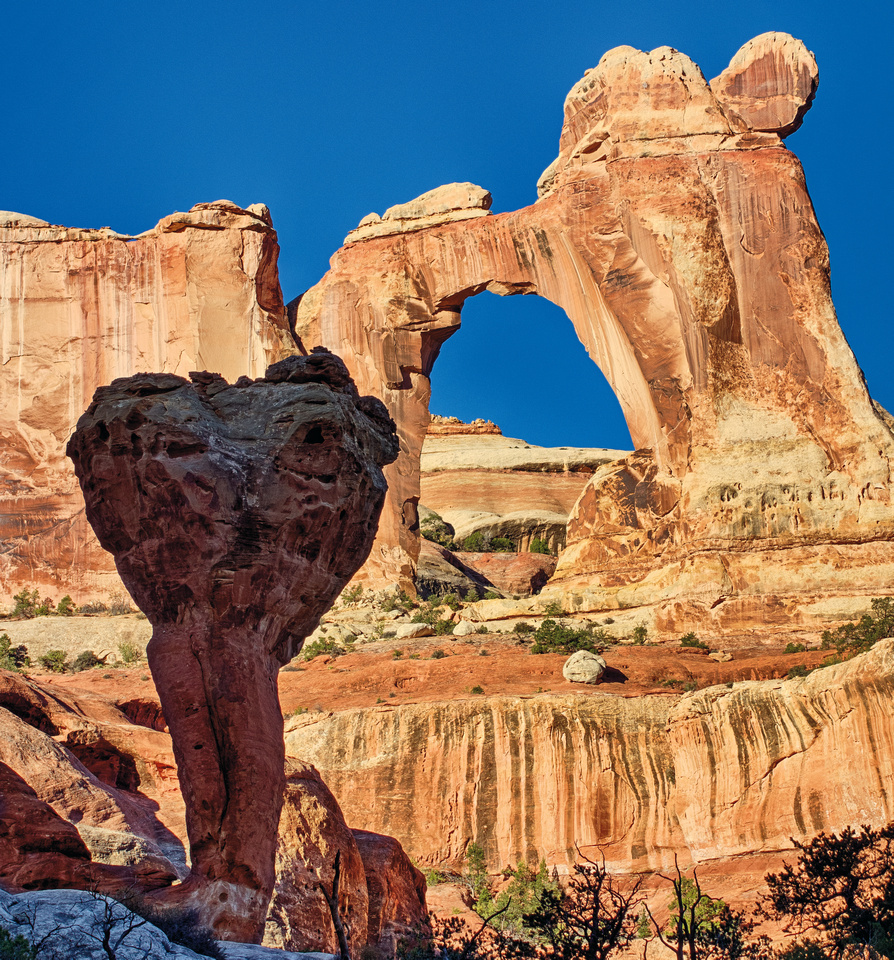 I also explored more of the Needles District by 4WD

Did some shooting around Moab, and met with Tom Till. On my way back, I took this early morning shot of Monument Valley from Mile 13

I then shot around Escalante, ending up with a long 15-mile loop of non-technical canyoneering in Red Breaks' east and west forks. 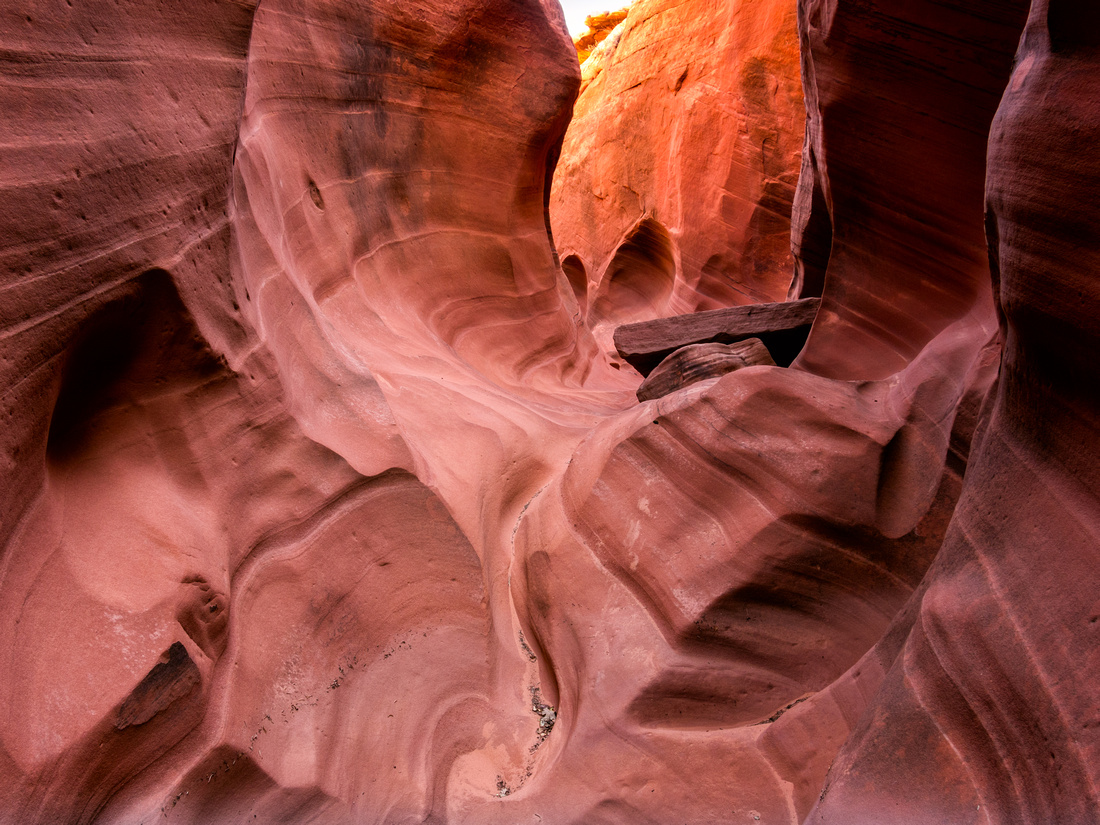 In November, I did a 3-day aerial shoot with Momo Vuyisich (who piloted the plane) and Bill Pelzmann. We based ourselves in Bluff and had an awesome time, with landings in Page, Moab, and Albuquerque. A few days Iater, I was back in L.A. to officially release Gary Crabbe's book Photographing California - North 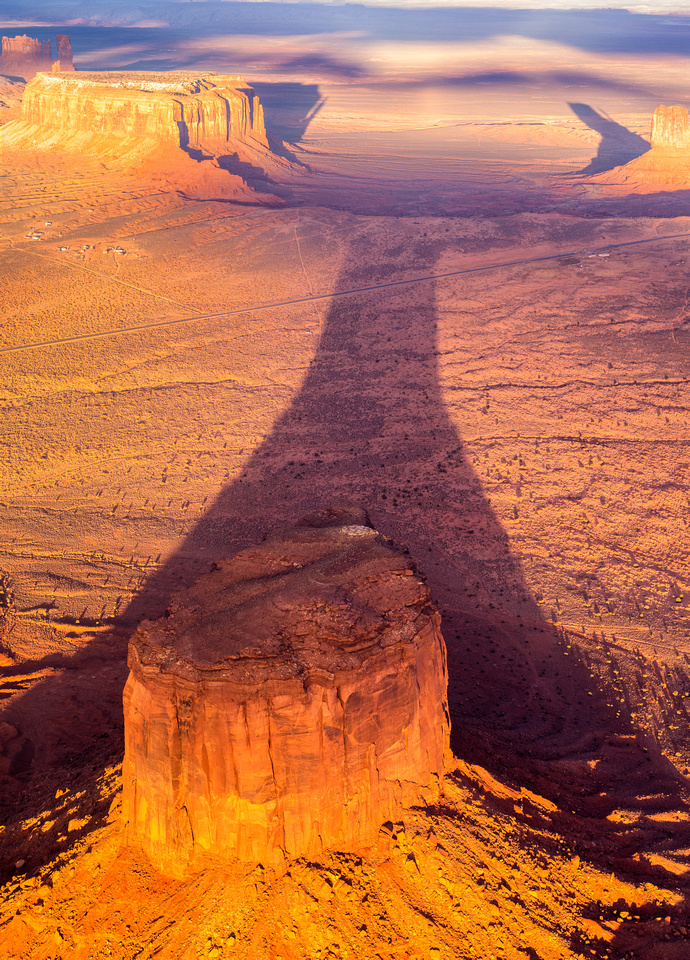 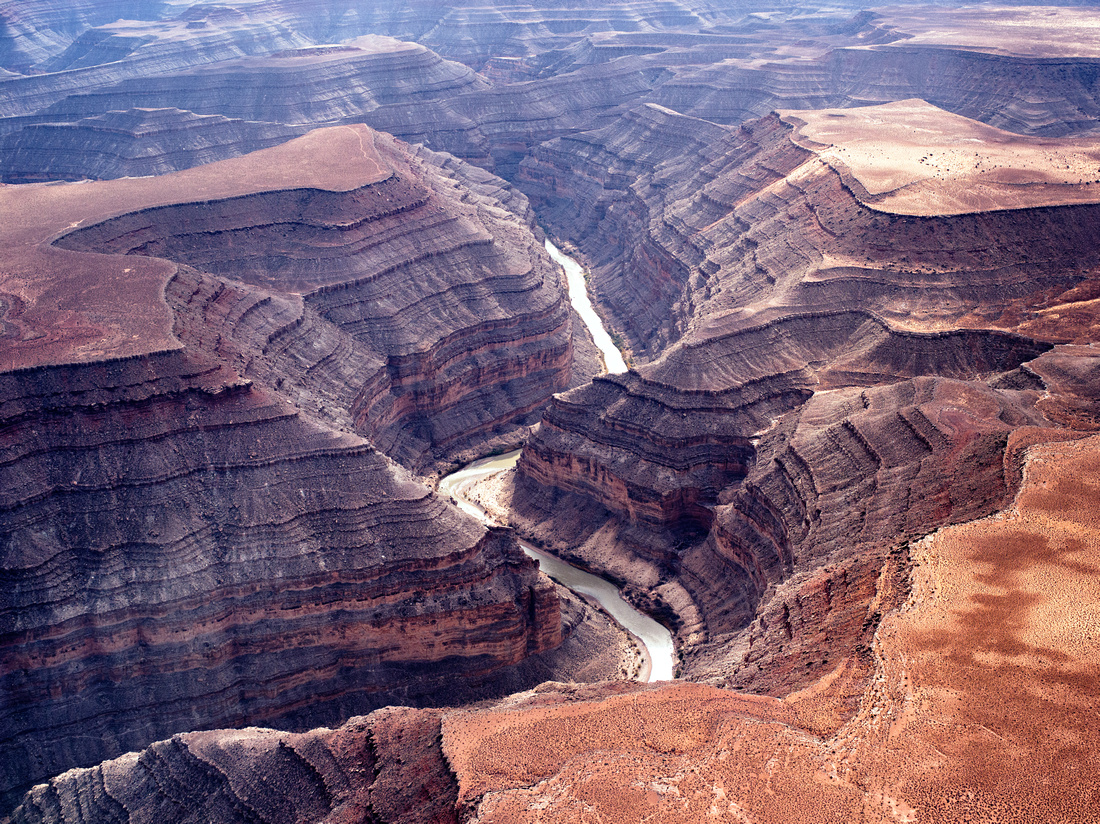 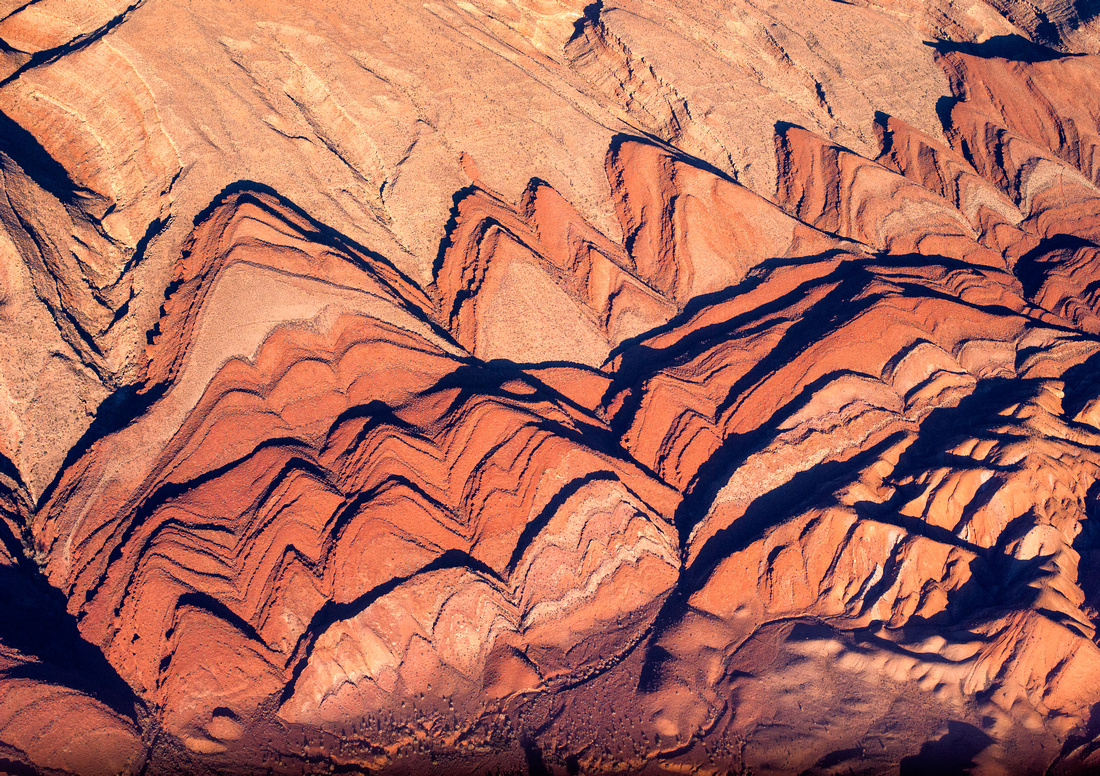 I finished the year in Hawai'i with Patricia, spending almost two weeks on Maui, Kauai, an overnighter at Waikiki, and Molokai. 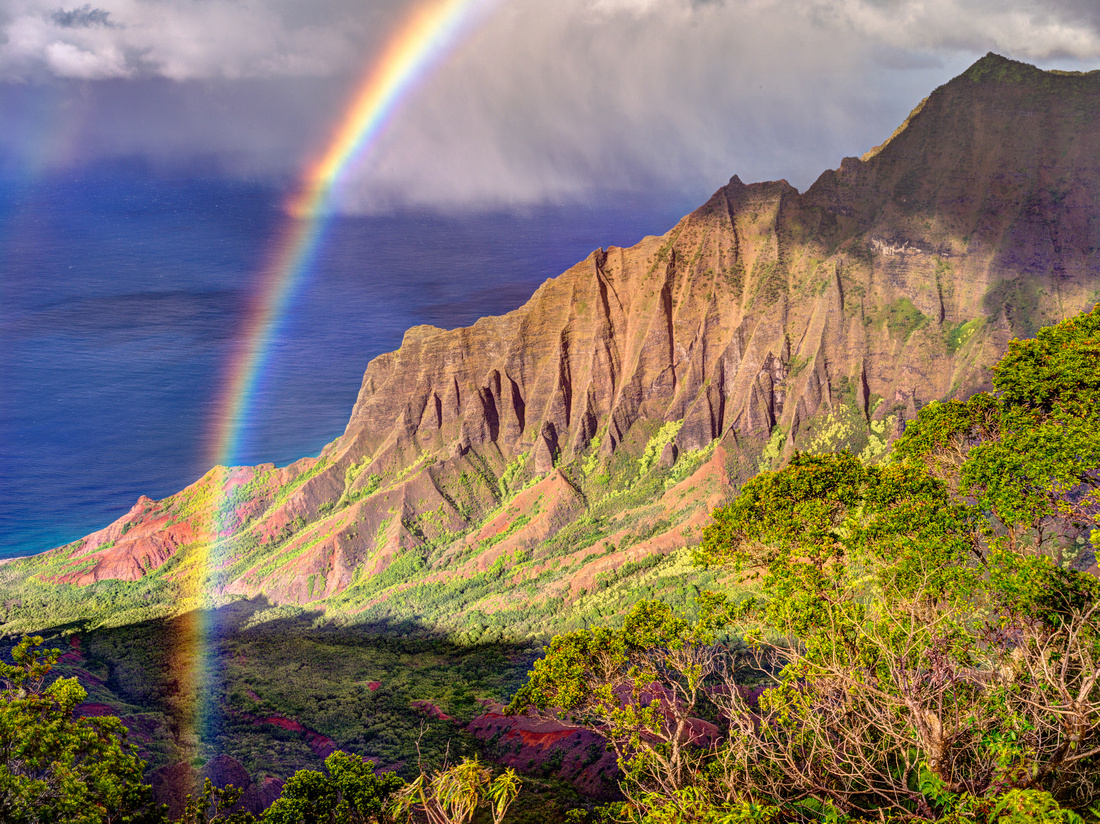 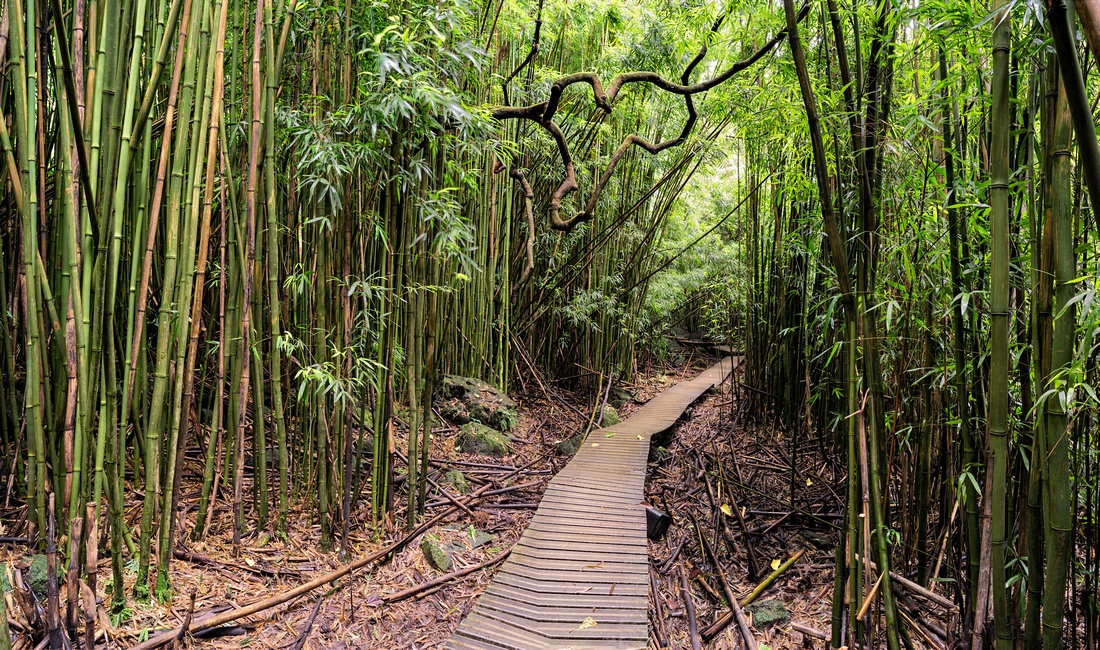